From Iron Age till communism
fb.com/VillageRetreatBedepuszta/

Traces of the past

Bedepuszta is situated in the southern foothills of the Western Carpathian mountains. This area rose up from the clash between the European and African continent. Volcanic activity existed in this spot as a result of the cracks in the earth’s crust below Europe. Around you, you’ll see many extinct volcanoes and the soil in this valley consists of volcanic clay. If you go back in time even further, this area was part of an ocean. With the formation of the mountains the former seabed has emerged. In the vicinity you can also find fossils of shells and sea creatures. There are special paths where you can find prehistoric mussel beds. Some 100,000 years ago, Neanderthals in this area hunted bears, mammoths and deer. The first ‘modern’ human being arrived here about 30,000 years ago.

Fragments from the Bronze Age were found together with shards of Celtic urns from the Iron Age, right here in Bedepuszta. People settled in Bedepuszta 5,000 years ago on the southern slopes because the valley provided protection, water was present and there were many narrow floating valleys that were used for hunting. Center of the economy in the Iron Age was a huge Celtic fortress on the top of big hill.  Together with archaeologists from Hungarian museums, we will continue to search for traces in the coming years.

Around the turn of the century, Romans settled west of the Danube, but their sphere of influence also reached this side of the river. Slightly to the west of Bedepuszta, on the edge of the valley, a Slavic settlement had been established for centuries, unfortunately only soil tracks can be found here. After the fall of the Roman Empire, the region was taken up by various peoples: Attila the Hun founded his empire here, but was defeated by Germanic tribes, Asian Avars lived here for a century before they were persecuted by the Franks of Charlemagne.

In the 9th century, the Magyars established an alliance between tribes originally from the Urals, located in the Carpathian Basin. Many villages in the area date from this time. We found a medieval graveyard and signs that there might have been a church at the top of the hill. In the 12th century the Mongols invaded Hungary. One of the armies led by Genghis Khan might have destroyed the church and placed their yurts at the top of a hill in the valley. Even now flat stones are found on the hill tops which might have been taken there  to support the yurts. There’s a good chance that the stones of the church were used to built a settlement. Stones of some current houses might originally be from the old church. In the centuries that followed, many castles were built. Four castles once stood within an 8 km radius, of which only the castle of Hollokö still stands. The fortress of Samson, four kilometres away, was destroyed in the 15th century by Czech Hussites. Some walls still remain.

A relatively prosperous period came to an end in the 17th century with the invasion of the Turks. A large part of the population was killed or transported as slaves to the south. The country was systematically pillaged and destroyed. The region around Bedepuszta was the most northern part of the Ottoman Empire, but remained a disputed area for a century and a half. After the Turks were defeated, the area was largely abandoned and became the scene of the Hungarian uprising against the Habsburgs, the new occupiers. After the rebellion resistance ceased, peace slowly returned, Bedepuszta, in the meantime, was a wooded valley without any settlement, but at the end of the 18th century farmers settled in the valley again. The village consisted of two large farms and a huge barn. The foundation of one of these houses still stands today.

In the 19th century small villages popped up in each valley: Bedepuszta, Borokás, Cserbérc, Zsúnyalmás and Almás. Bedepuszta probably also existed before the Turkish era, the addition of puszta in the name points to ‘desolation’ or ‘devastation’. The farmers had a hard life. The hard clay was processed using simple methods, people worked six days a week from sunrise to sunset and on Sunday the farmers went to the church in Nagybárkány, the worn path in the forest serves as a reminder of this period. The current hostel was built at the end of the 19th century by a Hungarian who had earned their money in Canada. Until 1920, Bedepuszta was in the middle of Hungary, but after the Treaty of Trianon, where the country lost 2/3 of its territory, it was closer to the Czechoslovakian border. During these years, more Hungarian families came to Bedepuszta. In the last year of the Second World War, a battle took place between retreating Germans and the Red Army. The story goes that the Russians buried a tank somewhere in the valley of Bedepuszta during their retreat. By the creek you can also find headstones of the fallen Russian officers. After the war, Hungary fell into the grips of communism. Bedepuszta and the villages around it slowly expanded and reached a peak in the 1970s. The village was not yet connected to the outside world by means of a paved road, but there was a lot of traffic with the other villages in the surrounding valleys. The children from the wider area went to school in Bedepuszta. In the 1980s, the villages fell into disrepair. Nowadays all villages except Bedepuszta have disappeared from existence. In Borokás there is still one house and there are many ruins spread throughout the area. The loam has been largely washed away, but the chimneys are often still partially standing. 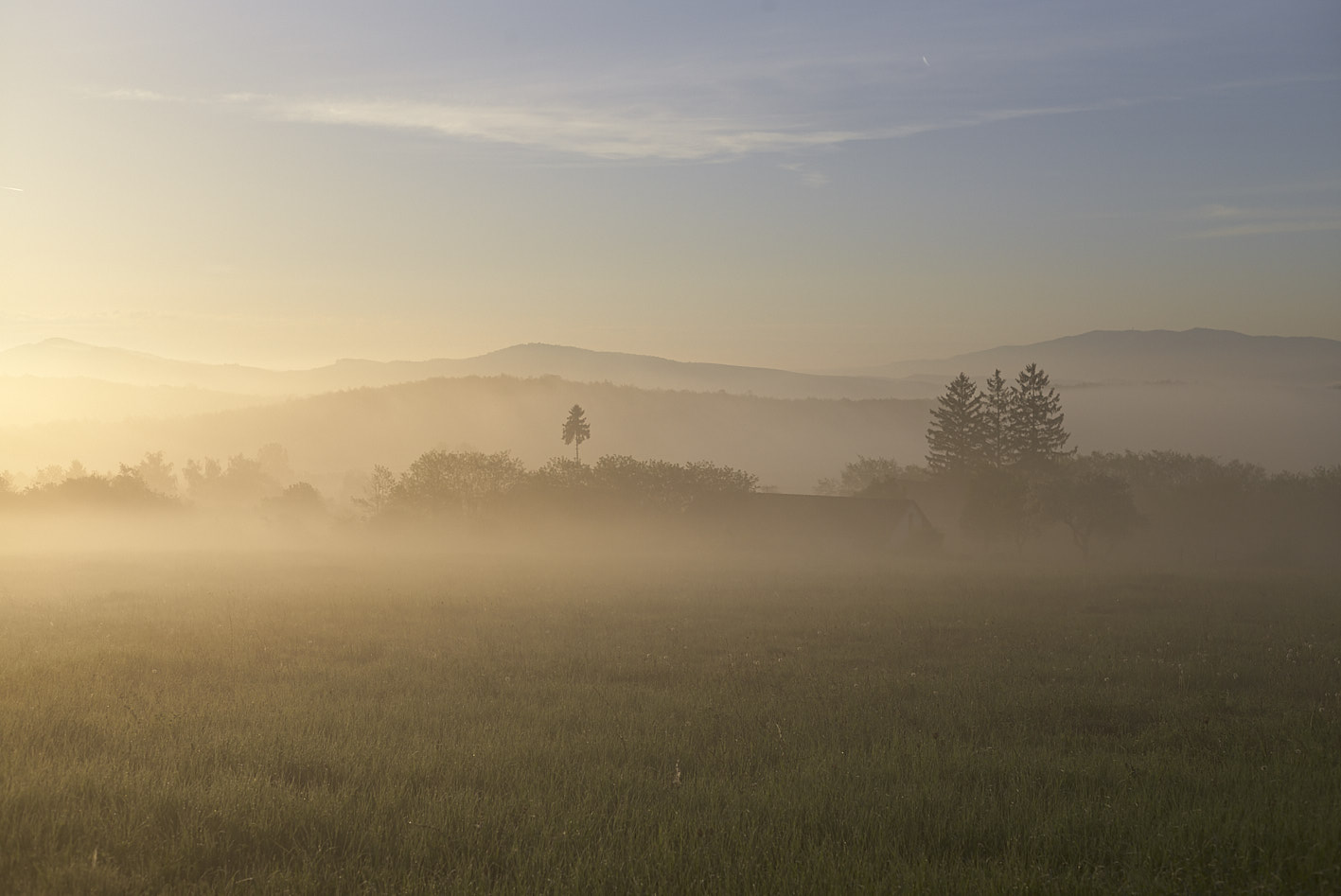