Great destinations in all directions

Bedepuszta is a paradise for hikers. There are many dirt roads in all directions. The landscape is diverse, with alternating, protected nature, agriculture, forestry and endless wild meadows with different flowers and herbs every month. Cows graze and local shepherds walk through the fields. Wildlife is abundant. At night and in the early morning forest animals visit the village.  The landscape consists of small green valleys. Occasionally you pass ruins where there were once houses. In the eighties all the villages in the western valleys were depopulated and taken over by nature. The paths often run over hill tops, where you’ll walk from one panorama to the next.

The best trail leads to Hollókö, a small village featured in the UNESCO World Heritage List. It’s 35 km by car and only 8 km on foot. The beautiful route through the fields is worth the walk in itself, but the destination completes the day. The castle of Hollókö (Raven rock) appears in a number of Hungarian fairy tales. The raven families that have gathered around the castle for centuries, fly daily from Bedepuszta to the raven’s rock from the woods. Below the castle, the old village with the typical Palóc houses is illuminated. Craftspeople are based in a few of the houses. There’s a cheese maker, a leather processor, basket weavers, a winemaker, a baker and a games maker in the village. You can also visit one of the three restaurants.

On the southeast side of Bedepuszta lies the Keleti Cserhát nature reserve. An area of 7,500 hectares with special plant and animal species. In the forest there’s a small village called Garáb, with a Buddhist temple and a restaurant where they serve Guinness from tap. The nature park is located on old volcanoes and is part of a geological park. There are special paths to places where fossils can be found in the tectonically raised prehistoric ocean bed. The national blue walking route (kéktura) also runs through this nature reserve. This path leads to another restaurant, the Bableves csárda (the bean soup inn).

To the east of this area is Szentkút, an ancient monastery with cave dwellings and a sacred spring, at the monastery you will also find a restaurant.

Another 6 kilometer south of Szentkút you wil find another Buddhist temple. The temple is part of Buddha Park, complete with stupa and teahouse. At the teahouse they serve very nice lemonades and hot beverages. In the weekend they also serve Indian food.

More information can be obtained at the Village Retreat reception in Bedepuszta. 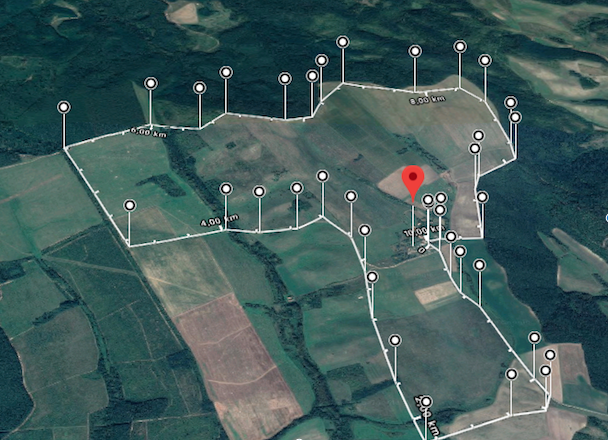